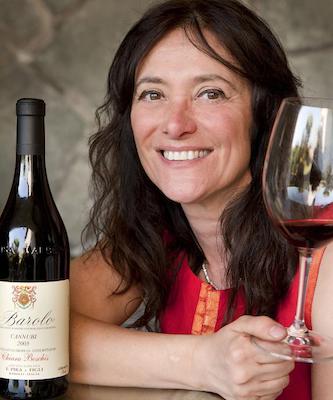 Antonio Galloni’s big Festa del Barolo is on this weekend in NYC, and many great producers are in town to celebrate and taste the new vintage and old classics!
My old friend Chiara Boschis will be back at The Wine Connection this Saturday, February 2nd, from 3:00pm until 6:00pm!
This is your chance to taste Chiara’s spectacular new releases, including a sneak preview of her highly rated 2015 Baroli! They are not even in the country yet, but with the efforts of Chiara and Skurnik Wines, we will have samples of these amazing wines for you to taste, and pre-order for March arrival!
Chiara is one of the true legends of Barolo, a pioneer in many ways, recently also committing to 100% organic/bio farming. She is truly the Queen of Cannubi, and the leading lady of Piemonte. A great winemaker, and amazing person. Don’t miss this chance to meet and taste with one of Piemonte’s undisputed superstars!
The Lineup will be spectacular!
Dolcetto 2017
Barbera D’Alba 2016
Barolo Via Nuova 2014
Barolo Cannubi 2014
Barolo Cannubi 2015 (99 points James Suckling)
Barolo Mosconi 2015 (97 points James Suckling)
Barolo Via Nuova 2015 (95 points James Suckling)
Barolo Cannubi 2012 from Magnum
..and two very special “oldies”..
Barolo Via Nuova 2001
Barolo Cannubi 2001
+ Google Calendar+ iCal Export